The Nobel Prize in Physics 2021 was awarded to Syukuro Manabe, Klaus Hasselmann and Giorgio Parisi. One half of the prize was awarded jointly to Professor Manabe and Professor Hasselmann for the physical modelling of Earth’s climate, quantifying variability and reliably predicting global warming, according to the Nobel Prize committee, while the other half of the prize went to Professor Parisi for the discovery of the interplay of disorder and fluctuations in physical systems from atomic to planetary scales. The three physicists contributed to the understanding of chaotic and apparently random phenomena. 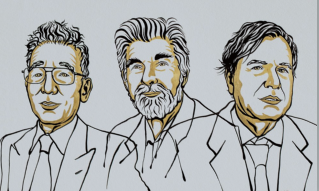 "The discoveries being recognised this year demonstrate that our knowledge about the climate rests on a solid scientific foundation, based on a rigorous analysis of observations. This year’s Laureates have all contributed to us gaining deeper insight into the properties and evolution of complex physical systems", said Thors Hans Hansson, chair of the Nobel Committee for Physics.

Manabe and Hasselman laid the foundations for the climate models used by scientists today. They were among the first to distinguish between climate phenomena on the one hand and random occurrences of the weather on the other hand, and to assess the impact of human activities on the climate from the beginning of the 20th century.

Parisi's novel studies involved identifying hidden patterns in disordered complex materials called spin glasses, a special type of metal alloy in which iron atoms, for example, are randomly mixed into a grid of copper atoms. He constructed a mathematical description of the apparently random behavior of spins. His findings not only impacted physics, but also mathematics, biology, neuroscience and machine learning, because these felds include problems which are related to so-called geometrical frustration.

We send our congratulations to the Nobel Laureates, especially to Giorgio Parisi, who was a one-time author in Entropy (with Juan J. Ruiz-Lorenzo et al.): “Spin Glasses in a Field Show a Phase Transition Varying the Distance among Real Replicas (and How to Exploit It to Find the Critical Line in a Field)”.